Ride with a Native American Day has been known by many false monikers—the true name is self evident. Get on your bike, and lets go for a ride. We’ll be taking a southern route which is sure to include the roads less traveled.

Prep the bikes, get the chains lubed up, the registrations current, the tires checked, and get that riding gear ready. Smaller (50~85cc) two stroke replicas like the Derbi GPR, and the Aprilia RS50 are very much encouraged. Fast mopeds should be fine (make sure your brakes work!). Full size 4T (250cc+) is frowned upon. Groms and such are okay!

We’ll gas up at the Chevron in Daly City next to the BK, by the shopping center. There will be other stops for the bikes that guzzle. Lunch will again take place in the hills.

Route. This route is tentative.

Today was Ride with a Native American Day!!

To honor this tradition we went south to ride in the Sacred Santa Cruz Mountains. It was very nice.

Here’s your atypical Native American, and his bike Malossi. 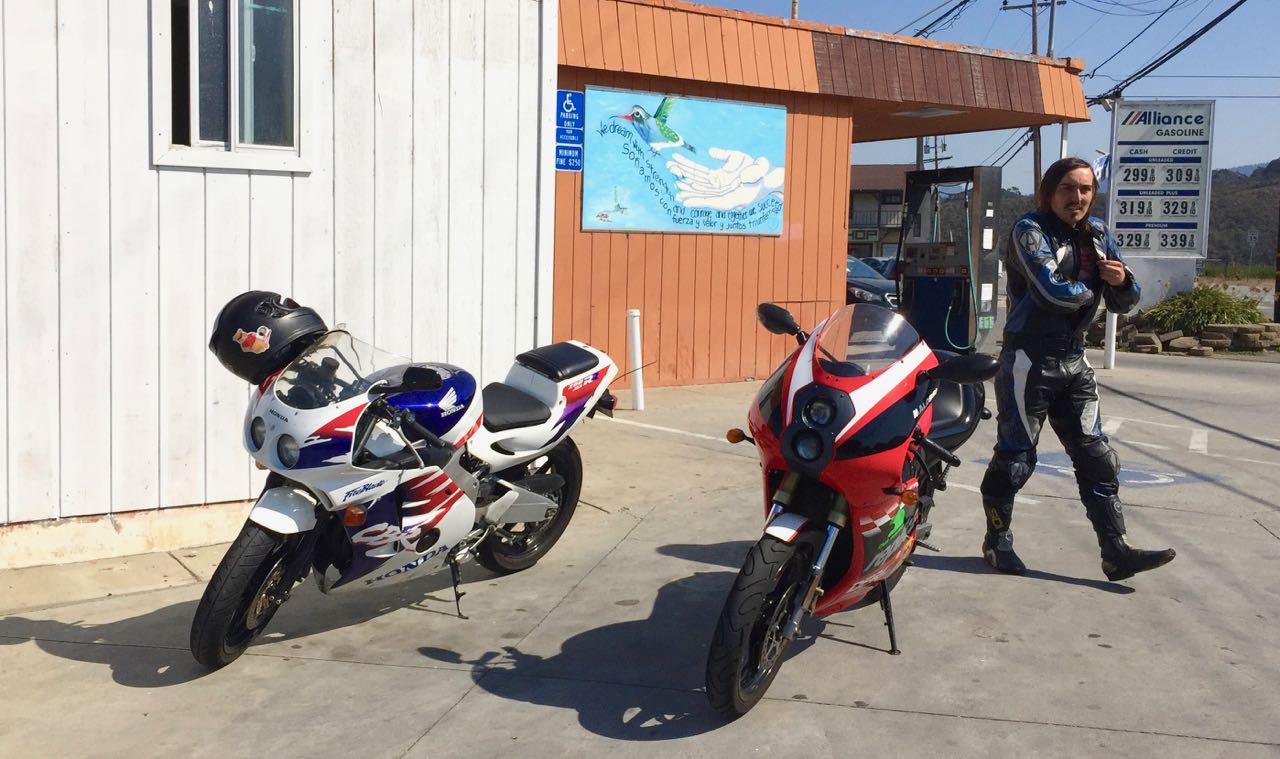 So too did the Native American.

The ride covered many fun roads.

Until he rides again…the Native American.