Just got back from the 2021 AMA Supermoto National Championship in Tucson, AZ, where my son was competing on his CRF450R.

The Ducati team was a social media monster, with cameras and video of every move on and off the track. Lots drone footage as well. The rider is Parker Pitman, on Instagram I think (may be facebook), but I don't really do social media. Most likely race footage of him will include my son on the X30 Honda CRF450R.

The track was pretty slick in spots, and his "roadrace" knee-down style didn't work as well as the foot-out, back-it-in, "dirt" style.

He's already eyeing up a new bike. His '13 CRF450 just doesn't have the power of the new KTMs.

The Mussleman Honda Circuit is out in the middle of nowhere in AZ (Tucson), but it's part of a Motorsports Park area that includes a few other tracks. It's used mostly for karts, but also drifting - which leaves the track a real mess for everyone else. This year the track was better than last year, when they had a drift night the day before the Supermotos practiced. Conditions and times were better this year than last, apparently.

Temps were in the 90s every day - until today when it's going to drop to the mid, then low, 80s this week. Figures. The morning I left WI it was 26. 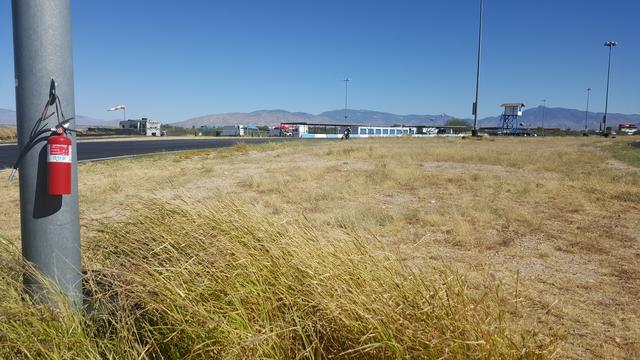 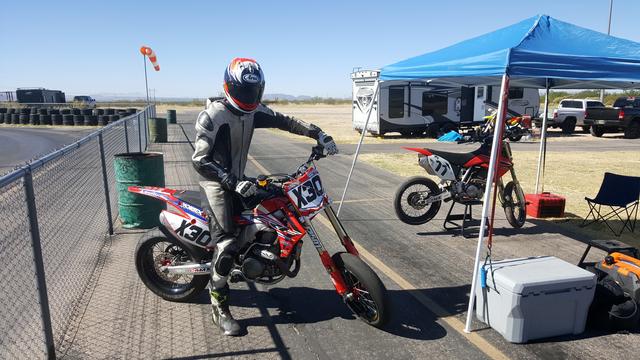 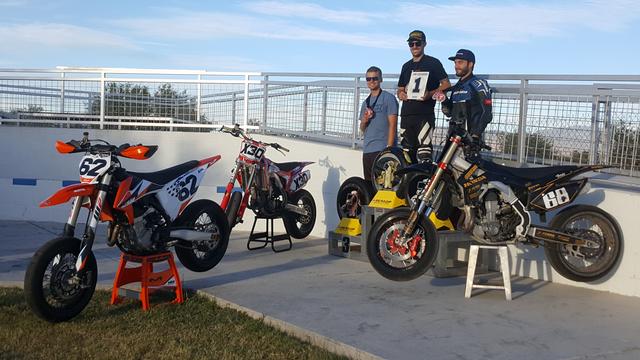 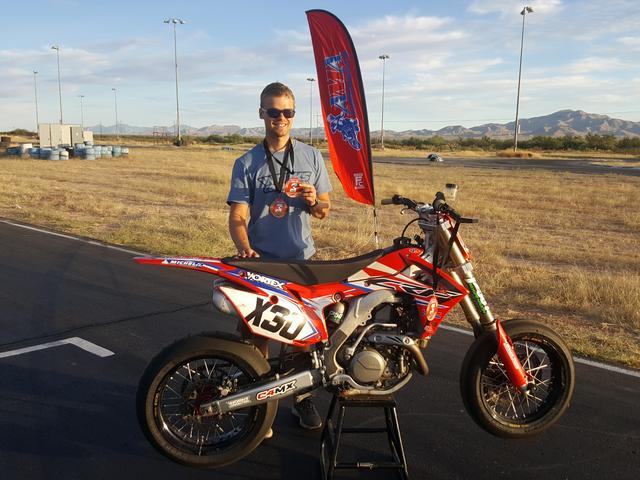 He had fun, but would have liked to be a bit faster (doesn't everyone?). None of the Hondas could really keep pace with the KTMs/Huskys. The second place Honda was the exception, but it was worked-over quite a bit to even run close to the current stock KTMs.

He usually runs the Supermoto tracks in both north and south CA (Shasta, Sonoma, Apex, Adams, and a few others) on the CRF450R and CRF150R, where his riding style works better with higher traction.
3 x
Top
Post Reply
1 post • Page 1 of 1