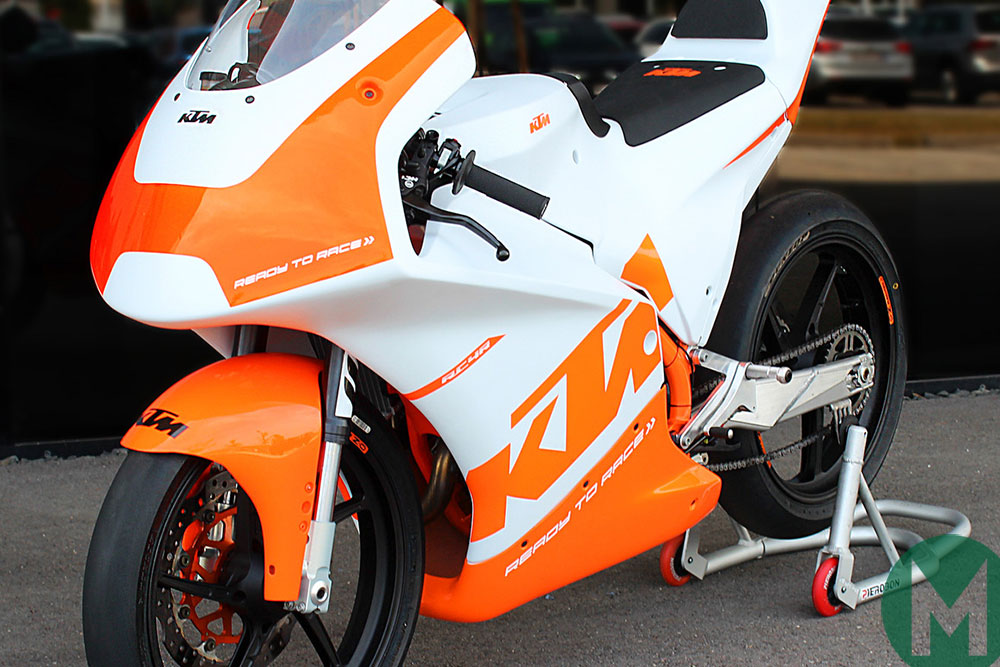 Dorna Sports is delighted to announce a new phase of the Road to MotoGP™ programme, with the all-new Northern Talent Cup set to begin in 2020. The goal of the NTC is to give riders from northern and central European countries a new opportunity to further their careers and follow their dream of being a motorcycle racer, providing the perfect stepping stone between lower level national championships and the FIM CEV Repsol and/or Red Bull MotoGP Rookies Cup.

The Cup is designed to create close competition in a cost-effective manner, including the calendar. Many riders are currently forced to travel to the other side of Europe to compete at a similar level, but the NTC aims to ensure riders can more easily travel to each race weekend – opening the door of opportunity to more young riders from the region than ever before.

ADAC will be supporting the new initiative and they will provide three key aspects for the NTC: technical scrutineering, one of the two rider coaches and a member of Race Direction. In addition, the ADAC Junior Cup will be discontinued and the NTC will become the sole reference for riders from this area.

Dorna staff will be present at all rounds with the other rider Coach (Daniel Ribalta), another member of Race Direction as well as an events coordinator.

Pit Beirer, KTM Motorsports Director: "First of all we are very proud that we have been selected by Dorna Sports and ADAC as a partner for the new Northern Talent Cup on the Road to MotoGP™. It’s a great pleasure to work with young, talented riders and KTM is successfully doing this in other racing disciplines. We share the opinion that an easy entry-level bike was missing in the past, and we are happy to provide the appropriate machine for young riders with the ambition to reach the Moto3 category. This is especially true in relation to handling, service and cost efficiency. It was important to offer an optimal price-service ratio. We are looking forward to the launch of the Northern Talent Cup with exciting riders and race action. I am sure this concept will find and produce new northern and central European talent in road racing."

Herman Tomczyk, ADAC Sports President: "We will open a new chapter in the promotion of young talent with our partners Dorna and KTM. The Northern Talent Cup has a forward-looking concept and is the next step in ADAC's nearly 30-year history of promoting junior motorcycling. With the inclusion of the Northern Talent Cup as a Dorna Program and with the support of KTM, young talents in this series have ideal conditions on their Road to MotoGP.”

Carmelo Ezpeleta, CEO of Dorna Sports: "I am delighted to see the Road to MotoGP grow once again as we announce the new Northern Talent Cup, in partnership with ADAC. The NTC will be an important addition to our commitment to growing talent around the world, with countries in northern and central Europe representing a key market for our sport. In addition, there is a long and great tradition of racing in many of these nations and I'm proud we are able to contribute to that history with the NTC."

The Northern Talent Cup will be one-make series of teams and riders, using the incredibly successful European Talent Cup as a blueprint. The limit on entries for the first year will be 24 riders aged between 12 and 17. Riders of all nationalities can apply, but the Cup is designed for riders from northern and central Europe – with the calendar also intended to cut down on travel costs for those who would otherwise have to travel across the continent to compete at a similar level.

At least one of the top riders in the NTC will compete in the Red Bull MotoGP Rookies Cup the following year and at least two of them will take part in the Rookies Cup selection event. 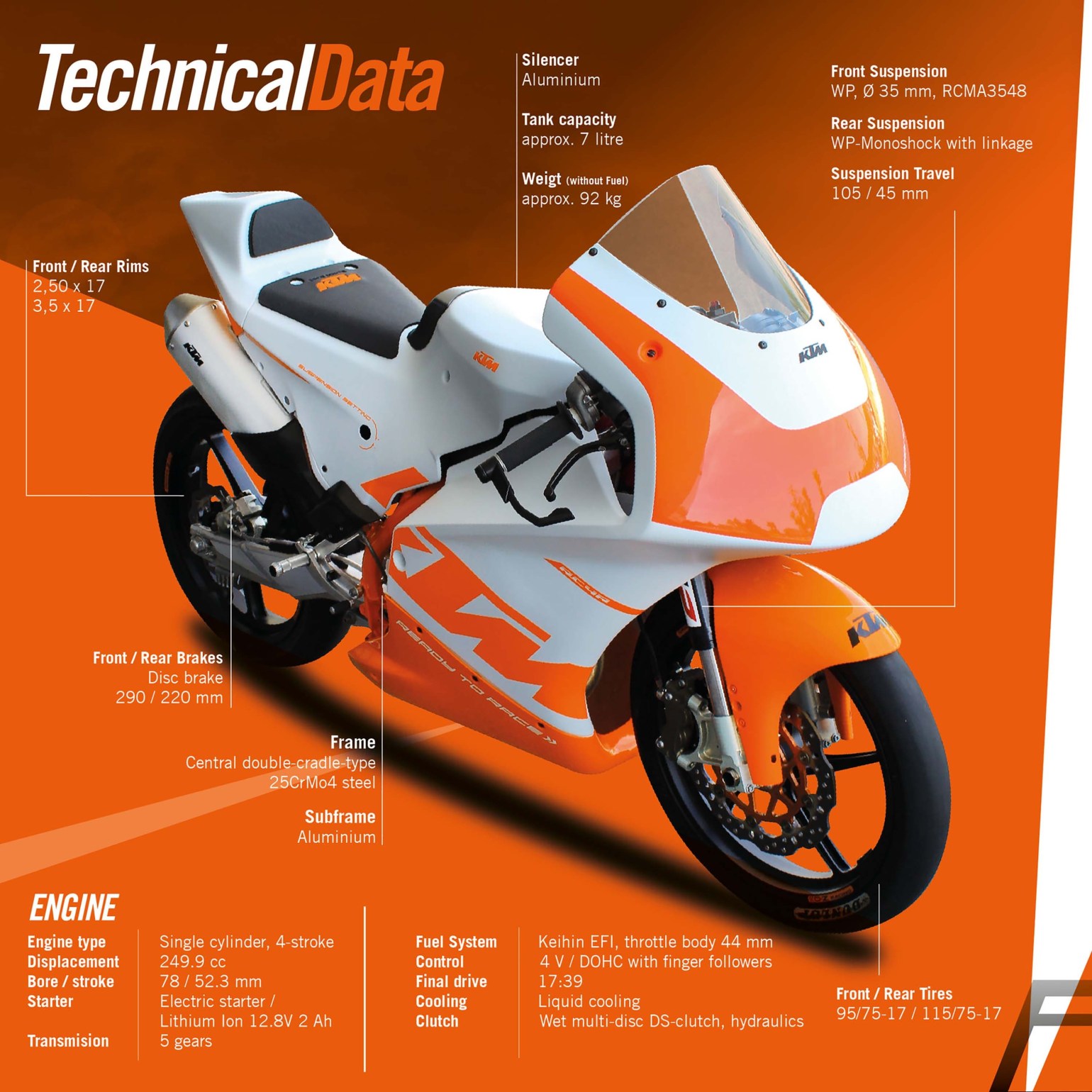 Northern Talent Cup riders will compete on a KTM 250 Standard, with the exact specification to be agreed with KTM and it will remain unchanged for a number of years. Riders registered in this first year of the NTC will enjoy a discount on the first kit they will buy (including the bike and some spare parts). Only standard parts will be allowed, and the set-up of the bike will also be straightforward in order to contain operational costs. In addition, this new bike is within the sound limits set at many central European circuits, so the riders can continue testing outside events.

There will be single tyre, fuel and lubricant suppliers, all of which will be offered free-of-charge (in pre-determined quantities) to participants.

The NTC will have two races per weekend as well as a minimum of two Free Practice sessions and a qualifying session. Track time will be dependent on the event, but maximising it is a key priority in order to give riders as much time to learn and hone their skills as possible.

The provisional calendar comprises a seven-round season prefaced by a preseason test, most probably at Oschersleben. The venues planned for NTC race weekends currently include:

Although the NTC will be a Cup for teams, Dorna will provide them space in the NTC tent so they do not have to worry about onsite logistics. Dorna will also loan them a grid trolley, tool box and pit boards for use at each event.

KTM will be providing onsite support and sale of spare parts at each event.

The teams will only be responsible for the following:
• Entry fee + racing license
• Purchase of the motorbike + spare parts
• Transporting their bikes to each event
• Travel costs for the rider + team
• Rider technical equipment 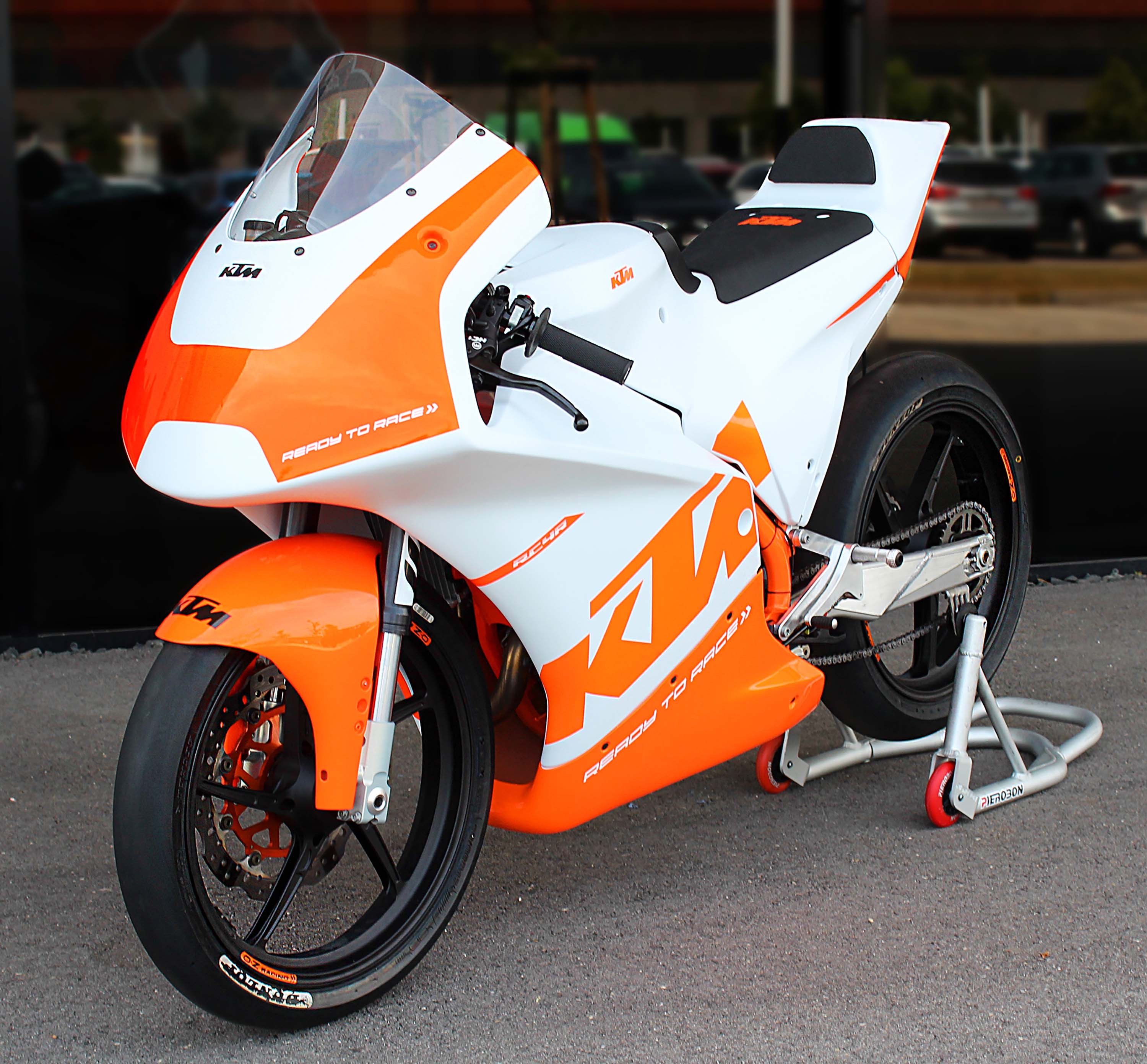