Create a thread about your bike.
Post Reply
45 posts

Stage6 has a way better quality than the airsal does. Ports are way more precise too.
If you dont want to port the cylinder then the Stage6 is a go-to. If you want to port them, then the Airsal.
Airsal has an issue with the Nicasil coating not sticking to the aluminium and not even machining on the cast iron ones. I didnt hear anything like this with the stage6
0 x
Top

Most of my Airsal stuff was pretty pretty decent, with the exception of the Xtreme kits which all blew up when they should not have done so. Airsal refused to take care of a miss matched cylinder set that I bought so I stopped buying from them. I will not tolerate bad customer service. I don’t have a single Stage6 kit that hasn't failed due to manufacturing defects. I’ve had at least three kits from each of these two companies. I’ve spent thousands learning not to buy from these companies.

If either of these companies were to replace ALL of the bad cylinders that I’ve bought from them, then I would reconsider, but for now I’ve had to pay out of pocket, and most certainly cannot recommend purchasing from them.

I wouldn't recommenced the Airsal Xtreme kits unless you have very deep pockets. The Italkit is probably the best of the bunch. I haven’t had any trouble with the Italkits, they are better made, and better finished than either the Airsal, or the Stage6.

Quiet funny that I we didnt have too much problems with the stage6 kits, but I had a lot of problems with the Italkit stuff. I guess its just re ally depends on how lucky you are. Or maybe it was just a bad batch
1 x
Top

Last month I have finally found some spare time to do some things from the list... #stayathome
Changed stock CDI to Malossi K15 CDI. It's compatible with standard Ducati type stator, but on this bike it doesn't just fit, because unlike original this one is two part with separate CDI box and hi-voltage coil. So I had to make support bracket. 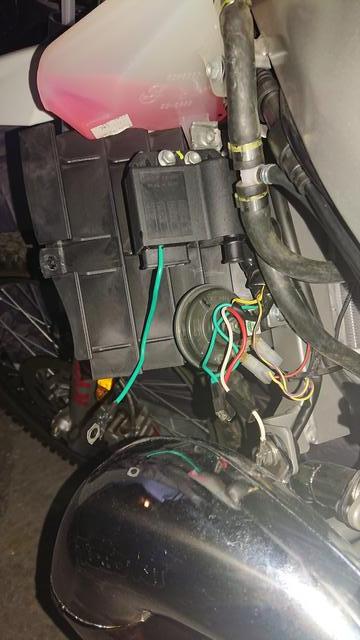 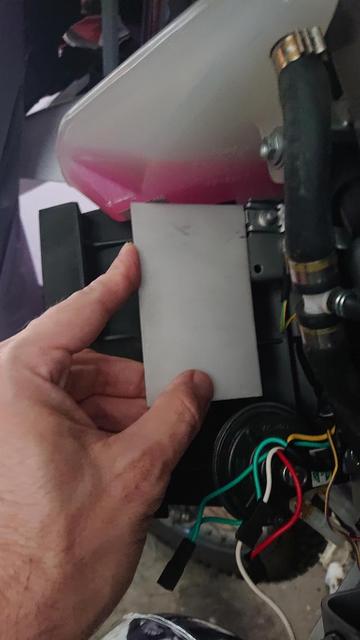 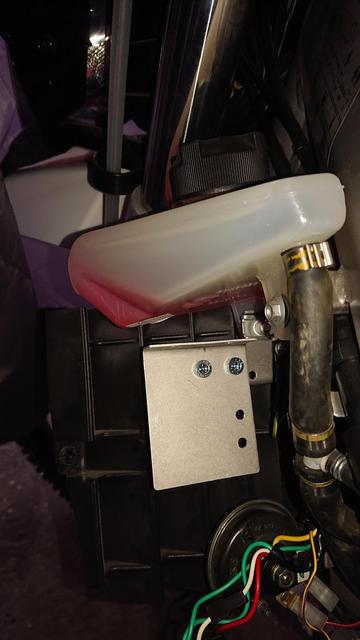 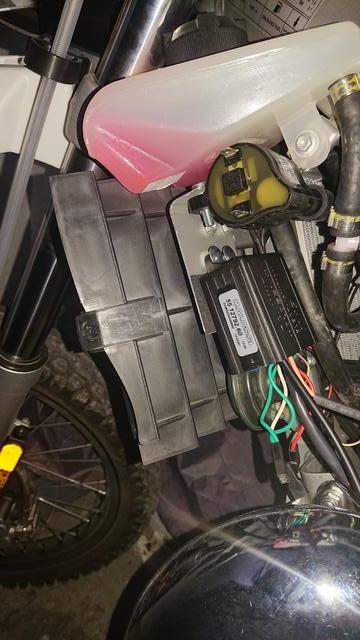 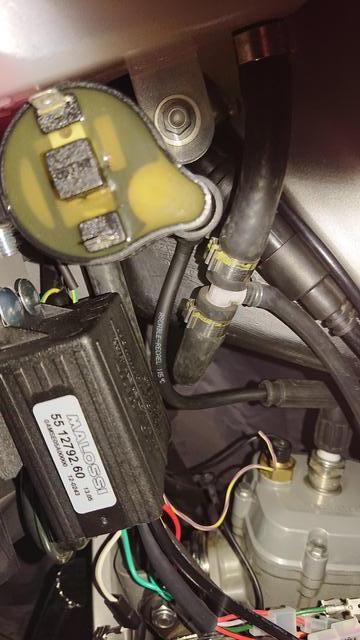 It's so tight space behind fairing that it barely fits... 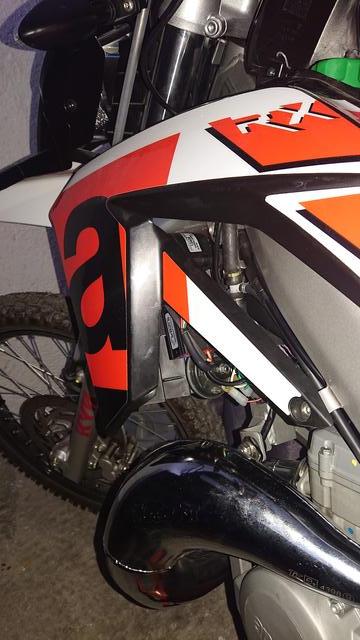 Not sure of course, but try richening or leaning the idle mixture 1/8 turn and see if it changes.

The float level could be set too high, and is richening the mixture after a brief period of idling and dropping the idle speed.
0 x
Top

Thanks jkv. Unfortunatelly you can't adjust float level on PHVA without replacing it with lighter/heavier one. Stock is 3.5 grams and I've never seen any different... I'll try some fine adjustment on idle air screew tho.
1 x
Top

Usually that indicates an air leak. Could be the intake, could be that carb needs a rebuild, could be a leak from the cylinder. To check requires removing the carb and pipe and testing.

Very nice installation on the ignition.

Thanks Rob. I've thought about this, I'm 95% sure thats small air leak and think the reason should be that rubber intake hose. It has fixed clamp on engine side, I think that's ok, but on carb side there is screw clamp and no matter how much I tight it in, it just doesn't feel firm on the carb, it always feel like there is just a little play inside hose. Clamp shouldn't be overtight, I know.

Hey one more question Rob: are original (stock) cylinder stud bolts locktited to engine case and should be pre-heated before removing? I need to install longer ones...
1 x
Top

Jaxx wrote: ↑
Thu Jun 04, 2020 11:51 pm
Hey one more question Rob: are original (stock) cylinder stud bolts locktited to engine case and should be pre-heated before removing? I need to install longer ones...

That’s a really good question. I can’t say that I’ve noticed any thread lock on the studs that I have removed, and I haven’t had to put the heat gun on them like is necessary with the discs, and sprockets on the wheels. It wont hurt to use the heat gun when you remove them. If you see evidence of thread lock then use some. But I would go with blue instead of red (read: non-perm).

Air leaks are tricky, which is why I started testing for them in my builds. I had a very difficult one with my Monza (rest in peace).